On the outskirts of the self-proclaimed outdoor city of Sheffield, you’ll find a quirky bunch of mavericks whose footprints meander the Peak District National Park. They call themselves the Dark Peak Fell Runners. On any given weekend, they weave tracks through the fields, peat bogs and rocky outcrops of the UK’s first national park to create a tapestry of eccentricity, endeavour and endurance.
As a sport, fell running is not for the faint of heart. It requires grit, determination and sheer strength to overcome the terrain under foot. The often poor conditions challenge even those with over 40 years’ experience with the club. But they wouldn’t have it any other way. Shot throughout the course of a year, ‘Dark Peak Fell Runners’ reveals some of the club’s well-trodden Peak District running routes including their flagship race, the Edale Skyline.
Find out more about an aspirational club of people lighting up the British fell racing scene.

“There’s always someone or something to aspire to”
— Megan Wilson

An annual gathering in the latter months of the year celebrates the achievements of the Dark Peak Fell Runners including one such commemoration for those who demonstrated incompetence in the mountains. The winner is awarded the Pertex Trophy by the current holder of the title based on year-long observations and rumours swirling around the club. Originally donated by founding Dark Peak Fell Running club member and the creator of Pertex Hamish Hamilton, the award is a tongue-in-cheek acknowledgement of the person who failed spectacularly at one of the basic requirements of fell running: navigation.

“Be careful if you are following someone in a brown vest, they may have even less of an idea of their whereabouts than you do.”

“There’s always a perverse sense of enjoyment at getting back having beaten the elements.”
— Tim Tett

Name: Tim Tett
Occupation: Healthcare consultant
DPFR member since: 1980
Most memorable moment with DPFR: My first time on Kinder Scout up to my waist in peat bog!
Favourite running route: The Triple Crossing of Kinder – good climbs and descents, lots of rough peat bog and you need to be able to navigate across Kinder in any conditions.

“Who are these fast mountain hares?”
— Megan Wilson

Name: Megan Wilson
Occupation: Clean Energy Analyst
DPFR member since: 2017
Most memorable moment with DPFR: My first time racing the High Peak Marathon with Nicky Spinks’ Dark Peak Ladies Team, “3 blind mice and a farmers wife”. After setting a competitive pace across to Snake Top, one of our team members went blind (the irony) and we had to finish the final third of the race carefully guiding her across the Kinder Plateau (like a true Dark Peaker she refused to let this ‘inconvenience’ stop her from running). Everyone else must have got very lost over Bleaklow, and we became the first Women’s team and Dark Peak team home – somewhat of a miracle!
Favourite running route: Any routes up and down Win Hill generally, but if I had to pick a favourite it would probably be Andy Harmer’s Cakes of Bread race – brilliant bracken-bashing fun! 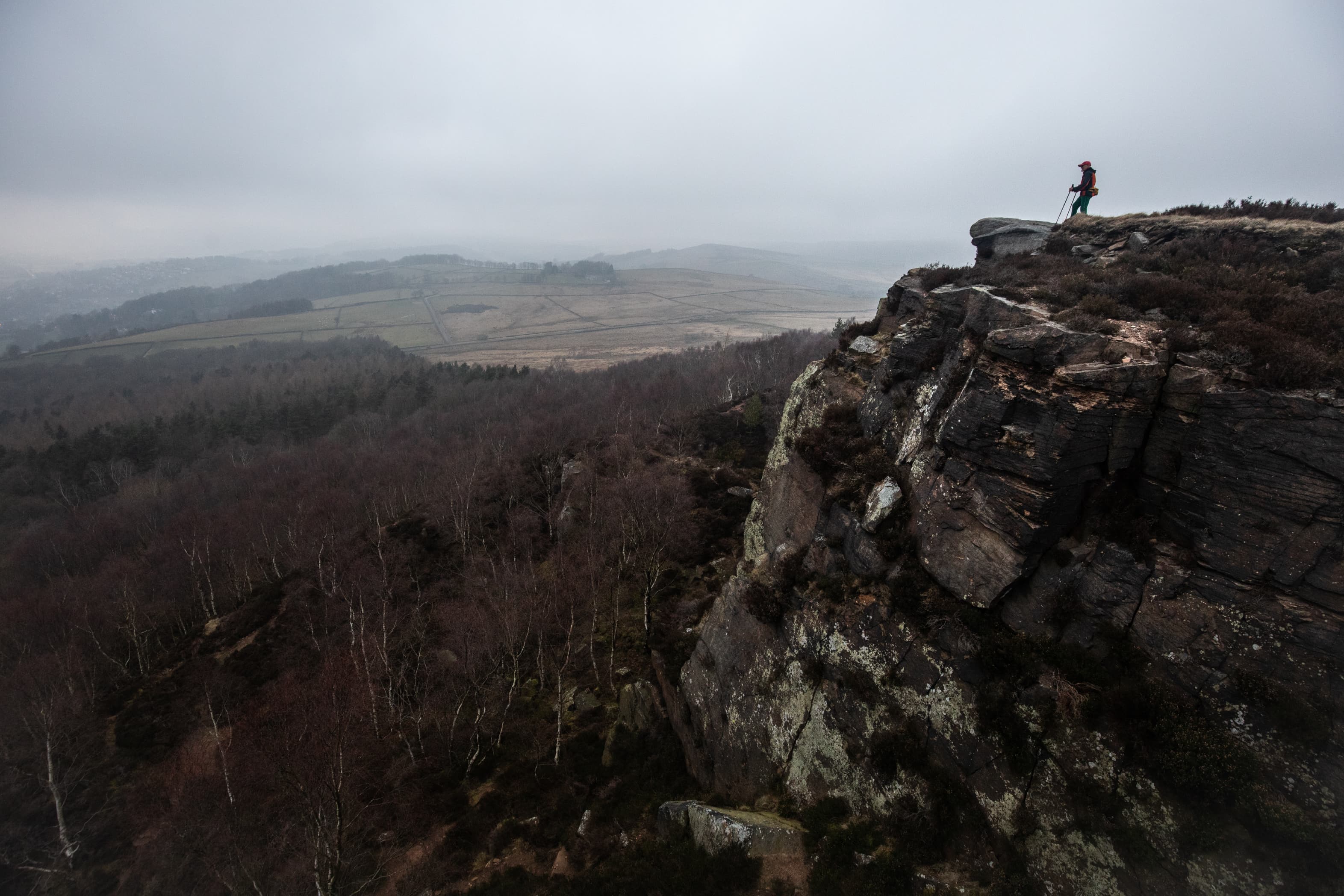 Name: Roger Baumeister
Occupation: Retired joiner, teacher and engineer
DPFR member since: 1976
Goals for 2019: Training for next year’s challenge of being the first octogenarian to complete the Joss Naylor challenge inside 24 hours.
Favourite running route: Derwent Watershed – it features everything you’d expect in the Dark Peak.

“Why do we do it? Because it’s there”
— Richard Bembridge

Name: Max Wainwright
Occupation: Biology student
DPFR member since: 2017
Most memorable moment with DPFR: Completing the Bob Graham round in 2018. This was the culmination of many years’ hill training and I had to dig really deep to claw back the time to come from behind schedule to finish under 24 hours.
Favourite running route: Alport Castles – hard steep-sided valleys with tough grassy descents but great views.